and I’d love for you to check it out! It’s called Rebirth Defect and it’s available in paperback and Kindle formats. There are special rewards for purchasing it early:

Also, here’s a short video that explains why early sales are crucial to indie authors:

Hey, everybody! Long time no update so I thought I’d share my comic con schedule for 2016. I was just at ICE yesterday but the two remaining shows that are definite are:

Also, I’m gearing up to publish my first non-comic book release since 2006 on June 24, 2016. It’s a memoir called Rebirth Defect: My Journey From Catholic Altar Boy to Teen Atheist to Adult Christian Metal Evangelist and Back to Atheism. Click the book’s title to find its Facebook page. You’ll be able to see semi-regular updates there, including previews, pre-orders, and (probably) a book release party. Stay tuned! 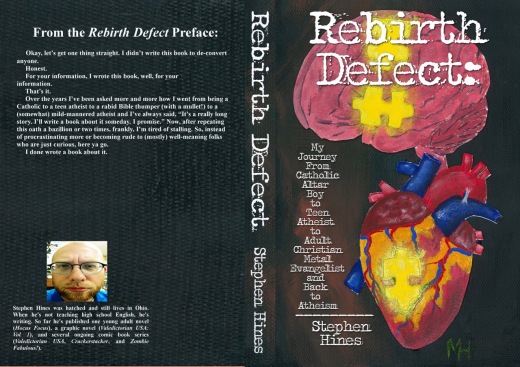 So, in case y’all don’t know, I write a comic book miniseries called Zombie Fabulous. Since the comic is about drag queens who come back as zombies, the illustrator, Aaron Lindeman, and I chose to be made up in full drag for the Kickstarter video, which you can see here:

Anyway, I’ve posted photos of me in drag on Instagram as shameless promotion for the Kickstarter campaign and, to make a long story short, an Instagram conversation between my brother and me was trolled by a hot-tempered idiot.

What were my brother and I talking about? A photo that showed NFL quarterback Phillip Rivers making a face at the owner of the Dallas Cowboys. My brother tagged me in the photo’s comments section and I replied by tagging my brother (which indicates that my comment’s were directed at no one but him) and saying that the pic was funny, but both Rivers and Jerry Jones are douchebags.

Normally it would’ve ended there because, oddly, my brother and I mostly communicate through Instagram photo comments these days. But then, this happened:

At first I was thrown off and a little rattled by this guy, but then I decided to have fun with it and fuck with him, which led to this exchange: 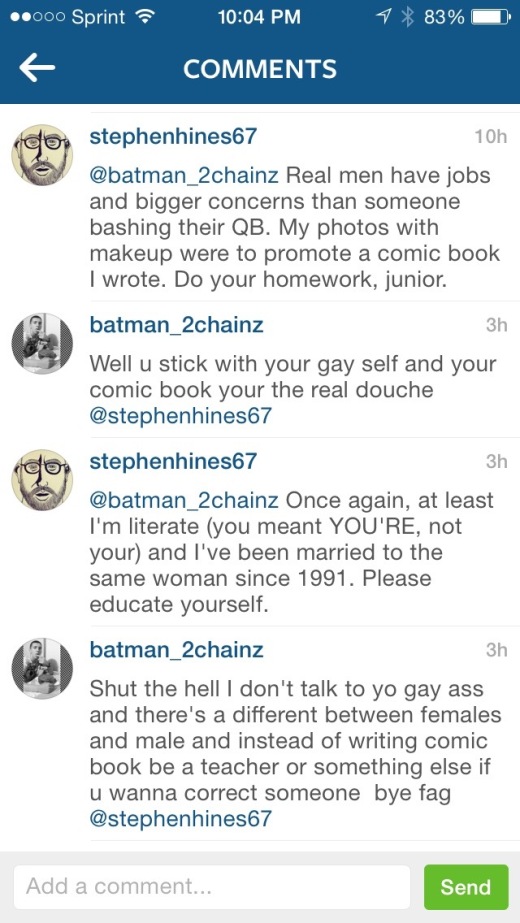 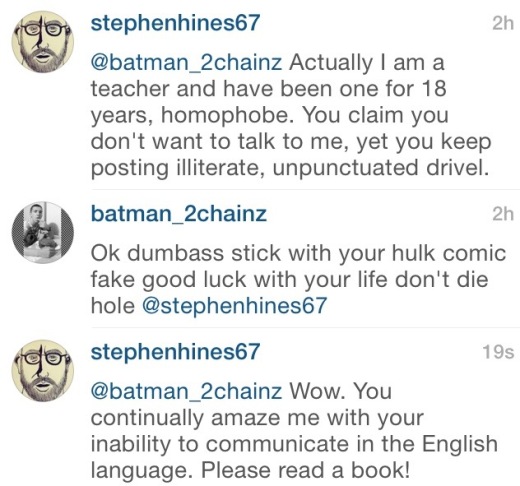 Even though I enjoyed this shooting-fish-in-a-barrel exercise, it did lead me to really wonder how someone could take a game so seriously that he had to attack a person on Instagram. Which also lead me to ponder how much homophobia might be rampant among jock culture. I can’t imagine how tough it would be to be an openly gay NFL player.

But the main takeaway from this was a genuine concern for the mental and physical safety of my brothers and sisters in the LGBT community. Yes, the Supreme Court finally extricated its head from its anus about gay marriage, but that doesn’t mean that plenty of psychos aren’t pissed off about this. Please, keep your heads on a swivel, my fabulous friends, and stay safe out there!

Your straight but not narrow friend, 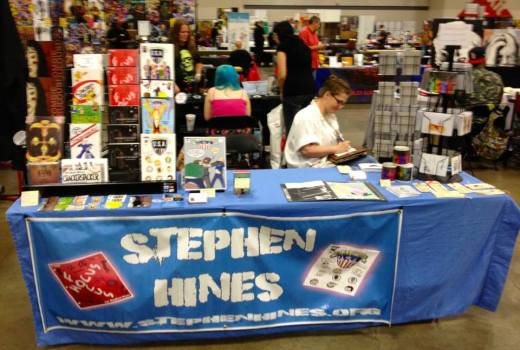 Here’s a list of events (so far) at which I’ll be appearing in the near future:

Come see me, ya fartknockers!

Check out my latest and greatest interview!

Prepare for a podcast of epic proportions!

A blog about writing, reading and procrastination.

It's time to get hella serious about writing!

Seven Tools for Unleashing Your Creative Self and Transforming Your Life

The misguided musings of a misanthropic metalhead.

The only way to be noticed is to be talked about...